“The mission of the General Commission on United Methodist Men is to assist men to know Jesus Christ, to serve Him, to grow spiritually and seek daily to do His will.”

The UMM meets monthly, the second Saturday of each month, September through June in Starr Hall for a delicious breakfast fellowship, followed by devotions, music, fun, and a program.  Through-out the year, many of the members step up and assist with their gifts of time and talent for music, meeting setup and take-down, kitchen dishes and cleanup.  Without our dedicate members, the UMM could not be successful.

Each month a different speaker and program is highlighted, different music and musicians are featured and a special devotional is offered.  Examples of the UMM monthly programs have included:

During the summer months, the UMM takes advantage of the seasonal weather and plans outings for its members and the entire Trinity community with activities such as:

The Men’s Miracle Network is an active mission that calls on UMM volunteers to help others in the community.  All Members are asked to be actively engaged in identifying and bringing to the UMM Miracle Network those in our church and community who are in need of our help.

Funding for the Miracle Network is based on direct gifts from UMM members, Trinity members, and special fundraisers as planned by the Executive Committee of the UMM.

The United Methodist Men supports local youth.  The local Boy Scout Troop 416 of Independence and the boys attend a breakfast meeting at least once during the year and report on their service in the community. 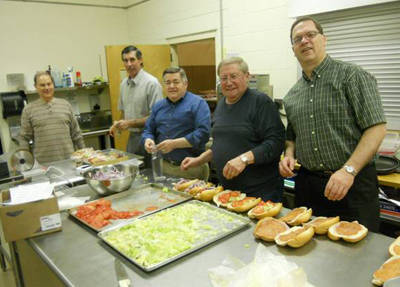 In addition, the organization recognizes one of its founding fathers by awarding the annual Mathias Torgersen Scholarship to a high school senior.

Other missions supported include the Carmen Ministries plus other fundraisers such as the annual Hoagie Sale. For additional information, please contact UMM member,Joe Bristow.

A Look Back at a UWM Breakfast Presention by Bobby Malkmus: My Greatest Thrill

The UMM’s Breakfast Meeting in June 2015, had a special treat, and it wasn’t just the delcious omelets or french toast prepared by the UMM chefs. Former major league baseball player, Bobby Malkmus, was sought out and requested to speak by newly elected UMM Vice President, Bill Blaskopf. Bobby willingly came and addressed the UMM and described his greatest thrill. As it turns out, his thrill was not on the baseball diamond, but his role on God’s team, as a disciple of Jesus Christ.

Bobby Malkmus was a second base, baseball player between the 1950’s and early 1960’s. He played for the Milwaukee Braves, the Washington Senators, and the Philadelphia Phillies. His story of how he remained dedicated to Jesus Christ was inspiring and remarkable. Today, Bobby is a scout, visting high school teams on the East Coast in serve of potential ballplayers for the Cleveland Indians. 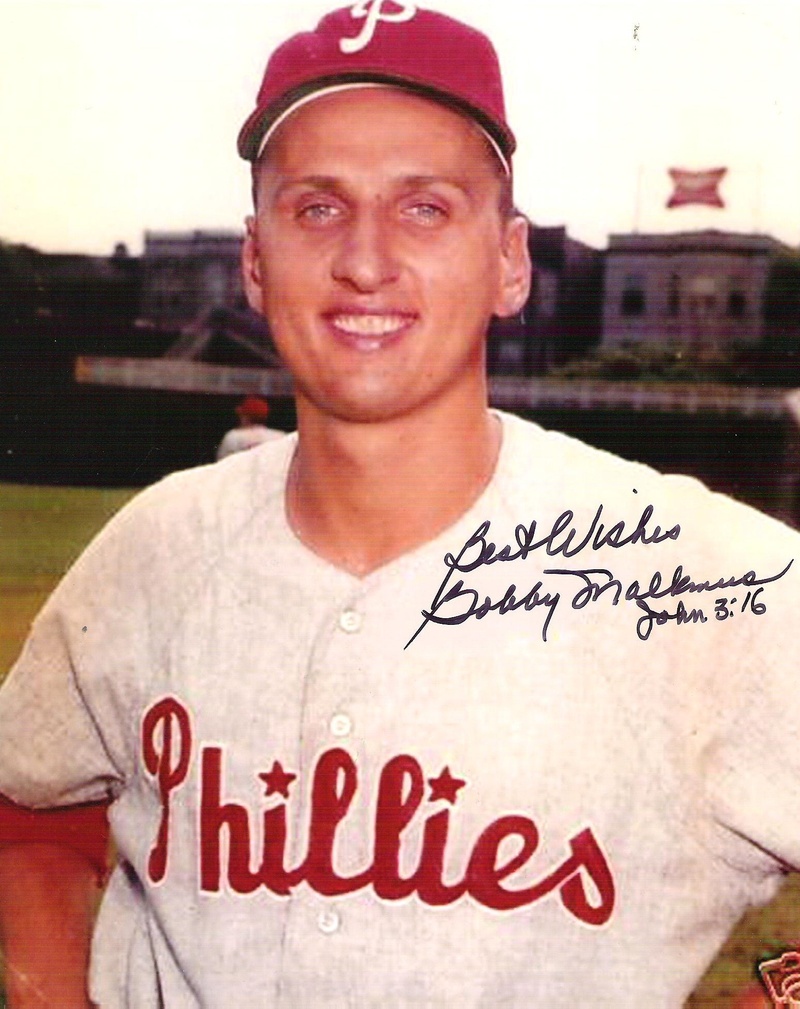 UMM President Tony Albanese describes the fellowship this way, “There are so many things at Trinity to do! Come to a UM Men’s Breakfast. Join a small group. Get on a committee. Do some mission work. You won’t be able to stop making friends! Trinity and UMM are all about fellowship, which, in turn, leads to friendship. Hebrews 19:23-25 says, “God created the church to be a fellowship that comes together weekly.” You have friends here at Trinity. Come join us! See you in service.”

Pictured below is to the left, Vice President, Bill Blaskopf and on the right, President, Tony Albanese. 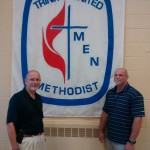